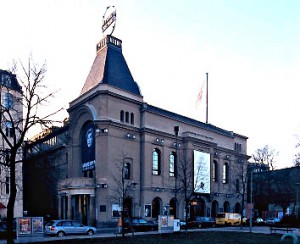 The photo shows the Theater am Schiffbauerdamm, from 1954 home of the Berliner Ensemble.