Two buskers practicing, Tavistock Street, Covent Garden, London, this morning. They each had three skittles, and threw one up with their right hand at the first and second beat of three beats, while throwing a skittle to the other juggler on the third beat. The other juggler caught the thrown skittle with his left hand. They stopped practicing as soon as they saw me take this photo. 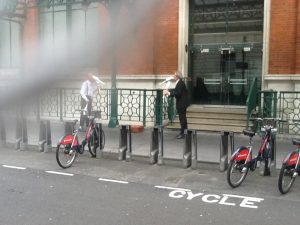 Ambrose Evans-Pritchard of The Telegraph puts eloquently and compellingly the prosecution case for the greatest deliberate economic misfortune of our era.  He argues that this gross failure of democracy leads him to vote to leave the EC. But, as President G. W. Bush used to say, you are either at the table or you are lunch. This failure should mean we redouble our efforts to reform European institutions and rid them of the Dutch-German austerity policies which so dominate economic policy.

Nobody has ever been held to account for the design faults and hubris of the euro, or for the monetary and fiscal contraction that turned recession into depression, and led to levels of youth unemployment across a large arc of Europe that nobody would have thought possible or tolerable in a modern civilized society. The only people that are ever blamed are the victims.
There has been no truth and reconciliation commission for the greatest economic crime of modern times. We do not know who exactly was responsible for anything because power was exercised through a shadowy interplay of elites in Berlin, Frankfurt, Brussels, and Paris, and still is. Everything is deniable. All slips through the crack of oversight.
Nor have those in charge learned the lessons of EMU failure. The burden of adjustment still falls on South, without offsetting expansion in the North. It is a formula for deflation and hysteresis. That way lies yet another Lost Decade.
Has there ever been a proper airing of how the elected leaders of Greece and Italy were forced out of power and replaced by EU technocrats, perhaps not by coups d’etat in a strict legal sense but certainly by skulduggery?
On what authority did the European Central Bank write secret letters to the leaders of Spain and Italy in 2011 ordering detailed changes to labour and social law, and fiscal policy, holding a gun to their head on bond purchases?
What is so striking about these episodes is not that EU officials took such drastic decisions in the white heat of crisis, but that it was allowed to pass so easily. The EU’s missionary press corps turned a blind eye. The European Parliament closed ranks, the reflex of a nomenklatura.
While you could say that the euro is nothing to do with us, it obviously goes to the character of the EU: how it exercises power, and how far it will go in extremis.”

If you were really concerned about losing national sovereignty, as the UK Leave campaign claims to be, then you would logically need to leave lots of other international organizations, not just the EC. The WTO, Inmarsat, the International Maritime Organization, Interpol, the International Criminal Court, even the International Cricket Conference all impose obligations on their members and compromise their sovereignty.  What would British life be if the country were not in any of these organizations? Let us take just one example – The International Telecommunications Union, and it’s European analogue, ETSI. It it perfectly possible for a country to have its own mobile telephony standards – Japan and the Scandinavian bloc are past examples.  But customer roaming between nations then becomes difficult, and costs of every component part will be higher, due to a loss of scale economies.  Even just operating a common mobile standard but at a different frequencies limits roaming, as anyone alive in the 1990s and traveling between the USA and Europe will recall. 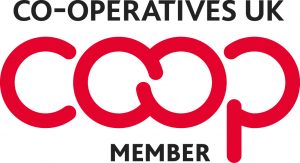 How clever of Co-operatives UK, the association of British co-operatives, to design a logo that brings to mind the Cyrillic acronym of the USSR, CCCP.  For leftists of a certain age, this would be a very positive allusion. 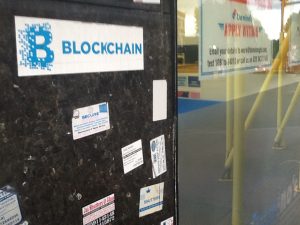