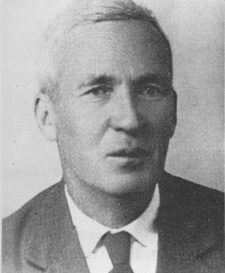 Over at “This Blog Sits”, Grant McCracken has a nice post about a paradigm example often used in mainstream economics to chastise everyday human reasoners. A nice discussion has developed. I thought to re-post one of my comments, which I do here:

“The first point — which should be obvious to anyone who deals professionally with probability, but often seems not — is that the answer to a problem involving uncertainty depends very crucially on its mathematical formulation. We are given a situation expressed in ordinary English words and asked to use it to make a judgment. The probability theorists have arrived at a way of translating such situations from natural human language into a formal mathematical language, and using this formalism, to arrive at an answer to the situation which they deem correct. However, natural language may be imprecise (as in the example, as gek notes). Imprecision of natural language is a key reason for attempting a translation into a formal language, since doing so can clarify what is vague or ambiguous. But imprecision also means that there may be more than one reasonable translation of the same problem situation, even if we all agreed on what formal language to use and on how to do the translation. There may in fact be more than one correct answer.
There is much of background relevance here that may not be known to everyone, First, note that it took about 250 years from the first mathematical formulations of uncertainty using probability (in the 1660s) to reach a sort-of consensus on a set of mathematical axioms for probability theory (the standard axioms, due to Andrei Kolmogorov, in the 1920s).   By contrast, the differential calculus, invented about the same time as Probability in the 17th century, was already rigorously formalized (using epsilon-delta arguments)  by the mid-19th century.   Dealing formally with uncertainty is hard, and intuitions differ greatly, even for the mathematically adept.
Second, even now, the Kolmogorov axioms are not uncontested. Although it often comes as a surprise to statisticians and mathematicians, there is a whole community of intelligent, mathematically-adept people in Artificial Intelligence who prefer to use alternative formalisms to probability theory, at least for some problem domains. These alternatives (such as Dempster-Shafer theory and possibility theory) are preferred to probability theory because they are more expressive (more situations can be adequately represented) and because they are easier to manipulate for some types of problems than probability theory. Let no one believe, then, that probability theory is accepted by every mathematically-adept expert who works with uncertainty.
Historical aside: In fact, ever since the 1660s, there has been a consistent minority of people dissenting from the standard view of probability theory, a minority which has mostly been erased from the textbooks. Typically, these dissidents have tried unsuccessfully to apply probability theory to real-world problems, such as those encountered by judges and juries (eg, Leibniz in the 17th century), doctors (eg, von Kries in the 19th), business investors (eg, Shackle in the 20th), and now intelligent computer systems (since the 1970s). One can have an entire university education in mathematical statistics, as I did, and never hear mention of this dissenting stream. A science that was confident of its own foundations would surely not need to suppress alternative views.
Third, intelligent, expert, mathematically-adept people who work with uncertainty do not even yet agree on what the notion of “probability” means, or to what it may validly apply. Donald Gillies, a professor of philosophy at the University of London, wrote a nice book, Philosophical Theories of Probability, which outlines the main alternative interpretations. A key difference of opinion concerns the scope of probability expressions (eg, over which types of natural language statements may one validly apply the translation mechanism). Note that Gillies wrote his book 70-some years after Kolmogorov’s axioms. In addition, there are other social or cultural factors, usually ignored by mathematically-adept experts, which may inform one’s interpretations of uncertainty and probability. A view that the universe is deterministic, or that one’s spiritual fate is pre-determined before birth, may be inconsistent with any of these interpretations of uncertainty, for instance. I have yet to see a Taoist theory of uncertainty, but I am sure it would differ from anything developed so far.
I write this comment to give some context to our discussion. Mainstream economists and statisticians are fond of castigating ordinary people for being confused or for acting irrationally when faced with situations involving uncertainty, merely because the judgements of ordinary people do not always conform to the Kolmogorov axioms and the deductive consequences of these axioms. It is surely unreasonable to cast such aspersions when experts themselves disagree on what probability is, to what statements probabilities may be validly applied, and on how uncertainty should be formally represented.
Reference:
Donald Gillies [2000]: Philosophical Theories of Probability. (London, UK: Routledge)