People who have passed on during 2014 whose life or works have influenced me:

Until this month, the best performance of the Messiah I ever heard was in 2011, an event I recorded here. I have now heard its equal. 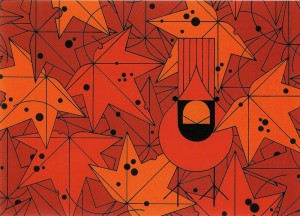 This latest Messiah was performed on 19 December 2014 by The BBC Singers and the Norwegian Wind Ensemble, in an arrangement by Stian Aareskjold, under David Hill (conductor), with Fflur Wyn (soprano), Robin Blaze (counter-tenor), Samuel Boden (tenor) and Mark Stone (bass), in Temple Church, as part of Temple Winter Festival.

My heart sank when I first saw that the music had been arranged for wind-band, since groups of woodwinds, so often shrill and ineffectual, are not my favourite ensembles. But in fact this version turned out to be a wonderful arrangement and was realized in a thrilling performance. The secret, I think, was that the ensemble included a double bass and cello, some marvelous natural horns and three sackbuts, and, most spectacularly, saxophones. The solo for soprano sax in “O Thou That Tellest” played by Kristin Haagensen was just superb. That solo soared, as so did the saxes on “Surely He Hath Borne our Griefs and with His Stripes we are Healed”. A modern Briton, of course, cannot easily hear baroque music played by saxophones without thinking of Michael Nyman, and, just as with his great music, this was a truly sublime experience. The trombones in “He Trusted in God” were also inspired. Mr Aareskjold should be congratulated on this arrangement, and I hope it is soon recorded.

In addition, the performance rocked, and often literally. I was sitting as close to the orchestra as I could possibly get, and even had the two baroque trumpeters between me and the orchestra for the second half – Stian Aareskjold and Torgeir Haara, who had played angelically from the organ loft in the first half. (They played from iPads controlled by foot pedals.) So I could see the movement of choir and players as they performed, and there was a distinct bounce in some of the numbers, particularly in “His Yoke is Easy”. Perhaps the presence of saxes played by jazz musicians, who (unlike most classical musicians) move in time to their playing, led to this. Mr Aareskjold is the son of a trumpeter and the grandson of a trombone player (the reverse of my own ancestry), and brass players are often crossover musicians. The Church acoustics were, as usual here, superb.

For the “Hallelujah” Chorus, only part of the audience stood. Until this performance, I had never heard of the action of standing being construed as showing support for monarchical systems of government, and, frankly, such an interpretation is ridiculous. One stands for the “Hallelujah” because it is a tradition to do so, even if a tradition started by a Hanoverian monarch. Like Karl Marx, I believe traditions are the collected errors of past generations. But, like Morton Feldman, I’ve realized in adulthood that errors are not necessarily always to be avoided.
The concert is available to listen until mid January 2015, via BBC Radio 3. The Ensemble hails from Halden, a town of just 30,000 people. It was nice that the people sitting near me also came from there, and had brought with them tourist brochures to entice us to visit the town. I took one, of course, as it gave to airy nothing a local habitation and a name.
And on the way out of the Middle Temple, in the offices of law-firm Gibson, Dunne & Crutcher in Temple Avenue, a late-working Friday evening team could be seen around a white board, making at least one observer envious of their camaraderie and collective efforts. How much fun it looked! 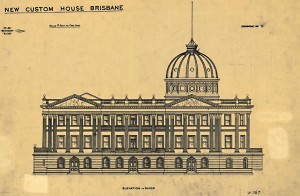