The Bitcoin whitepaper was published on 31 October 2008, ten years ago today.

For reasons unclear to me, I am interested in the lives of Czech architects who worked in Japan.  I welcome additions and corrections to this list.

Replica of The Matthew, ship sailed by John Cabot from Bristol to North America in 1497. (Photo from BBC.)

Wilfred Burchett (1911-1983) was a brave and intrepid Australian journalist who mainly reported from the other side in the Cold War. He was the first western reporter to visit Hiroshima after the atomic bomb was dropped on the city, something he did without permission from the US Occupation authorities, and was thus able to counter attempted US military lies and disinformation about what we now know was radiation poisoning; he did this most dramatically at a US military press conference in Japan immediately after his visit to the city.  For many years in the 1950s and 1960s, conservative Australian Governments unjustly refused to renew Burchett’s Australian passport, something only remedied by the incoming Labor administration of Gough Whitlam on 6 December 1972, four days after Labor’s election win. That Burchett may possibly have self-censored his writing for his Socialist Bloc hosts (or worse, been their dupe) does not diminish the wrong he suffered at the hands of petty conservative Australian governments.
Another Australian journo, John Pilger, wrote a preface to a collection on articles about Burchett, edited by Ben Kiernen in 1986. On the second page of his preface, Pilger quotes from Burchett’s autiobiography, and then commits a schoolboy howler. “Soon afterwards [Pilger writes, page x], Wilfred went ‘on the road with a swag’ and in Queensland was adopted by a group of cane-cutters . . . ”
No, Mr Pilger, no! Although Burchett is careful not to name the location of the sugarcane farm he worked on, he says (page 62) it is on an arm of the Clarence River, upstream from a sugar-mill whose chimney effusions he could smell and possibly also see, on a large island bisected by a canal with horse-drawn barges transporting bundles of cut cane. The mill would be the one at Harwood (still in operation today, thanks to former state MP, Don Day), and the island most likely Palmers Island. Other large islands upstream of the Harwood Mill would be Harwood Island itself or Chatsworth Island, but these are not bisected by canals.  But all of these, including the entire mouth of the Clarence River are in New South Wales, Mr Pilger, not Queensland.
Burchett is briefly mentioned as a social acquaintance of Guy Burgess in Moscow in the 1950s in the recent biography of Burgess by Andrew Lownie, reviewed here. 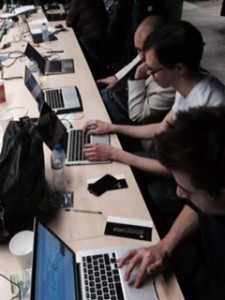 Chop one onion and place it into a pan with 1 tablespoon of butter. Brown it.
Take the green part of 1 chicory salad (keep the white part for a salad). Chop it fine and add it to the onion. Cover and simmer for 15 minutes. Then add 4 chopped hard-boiled eggs, 1 clove of garlic that has been crushed into a little chopped parsley, 2 chopped peeled tomatoes, 1 more tablespoon of butter, 1 teaspoon of meat stock, 1 pinch of pepper, one pinch of salt, and one sherry-glassful of claret. Cook for 5 minutes.
Boil 2 handfuls of noodles for 15 minutes. Strain. Be sure they are free of all water. Place them on the bottom of a baking dish. Cover with the chicory, etc., and bake in a preheated moderate oven of 350°F for 15 minutes. Season to taste. 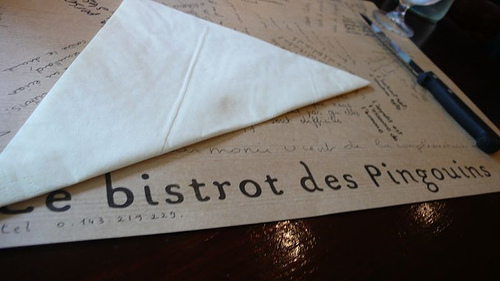