Clive James (1939-2019) has just died. He was a poet, novelist, writer, TV critic and TV showman famous as a wit and a humorist, although I never found him to be very funny. Strangely, not actually being funny is apparently not a barrier to acquiring a reputation as a comic writer, as the careers of Howard Jacobson and Saul Bellow demonstrate. Jacobson, an Honorary Life Member of the UK branch of the Expatriate Australian Mutual Admiration Society, praises his fellow Society member in today’s Grauniad.

Rather than being funny, I always found James’ writing and spoken words insufferably smug and condescending. His TV specials and celebrity interview shows were invariably based on ridiculing people from different cultures or with beliefs he considered inferior to his own, such as Japanese consumers or American religious believers. Even his writerly ratting on his friends included ridicule, as in his account of his friendship with Princess Diana, published after her death. I wonder if he realized that this traitorous account marked him out as someone whom it would be unwise to trust with friendship.

True, James was well-read, but not nearly as well-read as he thought he was. His book of short intellectual profiles, Cultural Amnesia, contained 126 brief and erudite snapshots of influential thinkers, of whom 124 were writers, 1 was a musician and 1 a film-maker. Not a scientist, a mathematician, an engineer, or a visual artist (apart from that film-maker) anywhere to be seen. Evidently, he could only think in words and not by any other means, something which is rather odd for a person whose fame was made with TV. The cognitive provincialism of this book echoes the cultural provincialism of his compilations of Japanese advertisements. Indeed, James’ most famous poem, “Japanese Maple”, talks about the visual beauty of the tree with barely any description of it; only the future colour of the tree is anticipated, with the one word “flame”. This is not a poetry strong in images.

James could string two words together, but numbers were something else. His last act was to become, like many people of his age-group have done, a strident climate-change denier. There is an Australian slang expression that catches his smugness and selfishness well: “I’m alright, Jack.” This smug child of the Sydney Push, when push came to shove, showed he was willing to shove all of us younger than himself into the bush fires of global warming.

Life is a series of events that bombard us like waves in the surf.  How do we explain these events? Different religions provide fundamentally different explanations.

In his latest weekly column in New York magazine (scroll down), Andrew Sullivan presents a rebuttal to the religious views of the late Norman Geras:

What I draw from that is the same I draw from Pascal’s inability to complete his own comprehensive defense of Christianity (he left behind fragments that are now known to us as The Pensées). It is definitionally impossible to understand what cannot of its very nature be understood. If God is God, then God is beyond our understanding, beyond ideas, beyond words themselves. It is a categorical error to attempt to summarize all of “godness,” as it were, with precision or confidence. There are only “hints and guesses,” as Eliot put it. Much of what has gone wrong with religion, in my view, is the attempt to nail it down, to turn the scriptures, for example, into literal truth (an insane exercise) or to construct an infallible Magisterium of the Truth, with a capital T. In the end, this is absurd. Religion is simply a way of life, lived under the influence of some kind of revelation; a practice, not a doctrine. Orthodoxy is to religion what ideology is to politics — a necessary reflection, perhaps, but an abstraction nonetheless. It is only when we leave ideology and orthodoxy behind that politics and faith can begin. The rest, as someone once said, is silence.” 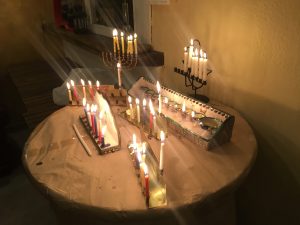 A group of about 40 people, from babies to great-grandparents, in a joyous private ceremony in a cafe behind the Cathedral, and including visitors from Israel, the USA, and Australia, and also a local Catholic priest.  Live music, mostly secular carols, provided by a violinist and an electric pianist.
Meanwhile, outside the Cathedral a choir of about 30 people sang traditional Christmas carols to a crowd of 200 or so.

The philosopher Jerry Fodor (1935-2017) has just died.
Here is a brief reprise by Stephen Metcalfe in The New Yoker of Fodor’s compelling critique on modern Darwinism.  For some reason, Fodor was ostracised by many philosophers and biologists for this critique.
An excerpt:

“Neo-Darwinism is taken as axiomatic,” he wrote in “What Darwin Got Wrong,” co-written with Massimo Piattelli-Palmarini, a cognitive scientist, and published in 2010. “It goes literally unquestioned. A view that looks to contradict it, either directly or by implication, is ipso facto rejected, however plausible it may otherwise seem.” Fodor thought that the neo-Darwinists had confused the loyalty oath of modernity—nature is without conscious design, species evolve over time, the emergence of Homo sapiens was without meaning or telos— with blind adherence to the fallacy known as “natural selection.” That species are a product of evolutionary descent was uncontroversial to Fodor, an avowed atheist; that the mechanism guiding the process was adaptation via a competition for survival—this, Fodor believed, had to be wrong.
Fodor attacked neo-Darwinism on a purely conceptual and scientific basis—its own turf, in other words. He thought that it suffered from a “free rider” problem: too many of our phenotypic traits have no discernible survival value, and therefore could not plausibly be interpreted as products of adaptation. “Selection theory cannot distinguish the trait upon which fitness is contingent from the trait that has no effect on fitness (and is merely a free rider),” he wrote. “Advertising to the contrary notwithstanding, natural selection can’t be a general mechanism that connects phenotypic variation with variation in fitness. So natural selection can’t be the mechanism of evolution.”
“What Darwin Got Wrong” was greeted with dismissive howls—and it is possible Fodor got the biology wrong.  But he got the ideology exactly right. Fodor was interested in how the distinction between an adaptation and a free rider might apply to our own behavior. It seems obvious to us that the heart is for circulating blood and not for making thump-thump noises. (Fodor did not believe this for was defensible, either, but that is for another day.) Pumping is therefore an “adaptation,” the noise is a “free rider.” Is there really a bright sociobiological line dividing, say, the desire to mate for life from the urge to stray? The problem isn’t that drawing a line is hard; it’s that it’s too easy: you simply call the behavior you like an adaptation, the one you don’t like a free rider. Free to concoct a just-so story, you may now encode your own personal biases into something called “human nature”.
Once you’ve made that error, the nonfiction best-seller list is yours for the asking. Everyone loves a mirror disguised as a windowpane: you tell whatever story your readership wants to hear, about whatever behavior it wants to see dignified. So the habits of successful people have been made, over the past thirty years, into derivatives of the savannah and the genetic eons, and “natural selection” has been stretched from a bad metaphor into an industry. Nobody was better at exposing this silliness than Fodor, whose occasional review-essays in the L.R.B. were masterpieces of a plainspoken and withering sarcasm. To Steven Pinker’s suggestion that we read fiction because “it supplies us with a mental catalogue of the fatal conundrums we might face someday,” for instance, Fodor replied, “What if it turns out that, having just used the ring that I got by kidnapping a dwarf to pay off the giants who built me my new castle, I should discover that it is the very ring that I need in order to continue to be immortal and rule the world?”

Daniel Dennett thinks consciousness is an illusion.  This claim is refuted by a moment’s introspection, but perhaps some philosophers are less trustful of introspection than is everyone else.  Certainly, based on this particular case, some philosophers would have good reason to distrust their own reasoning abilities.
It is nice to read a rebuttal of Dennett’s manifestly ridiculous idea by another philosopher, David Bentley Hart (writing in The New Atlanticist).  Here is an excerpt: 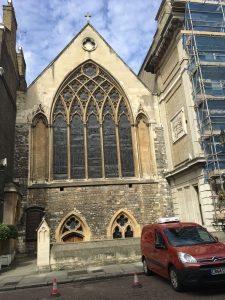 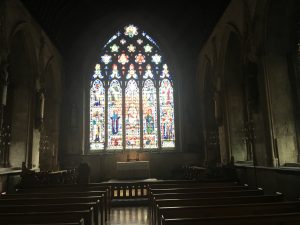 Some people I have encountered in this life have impressed me with their integrity-of-pupose, the coherence, sincerity and compellingness of their objectives and mission.  Sometimes these objectives have been political, as in the case of Don Day and Bill Mansfield.  In other cases, they have been spiritual or religious, as in the case of Jes Albert Moeller. In some cases, they are both, which seems to have been the case for Vaclav Havel.   In my experience, this human attribute is rare.  And I have never seen or heard anyone else talk of it, until now.  In Judith Wright’s autobiography, she speaks (page 234) of her partner and later husband Jack McKinney meeting her father:

That my father was grieved by my relationship with Jack is undeniable but, once they met, he gave in to Jack’s obvious honesty of intention and the needs of my own that Jack was filling. . . . “ 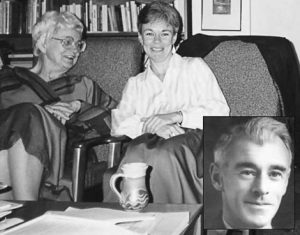 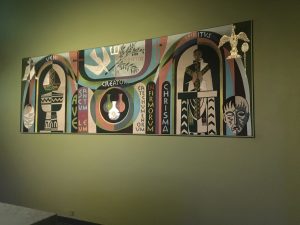 In the spirit of the dynamic geometric abstract film projection art of Ludwig Hirschfeld-Mack here is an excerpt from the 2009 video a wave of Peter Campus. The art has been made by slowing down the film, and enlarging selected pixels in a film of surf, abstracting away from the original images, with the sound being that of the breaking surf. The result, like much minimalist art, is meditative and sublime.
The video is part of a current exhibition of Campus’ video art, Video ergo sum, at Jeu de Paume in Paris, France. The image is a still from the video. 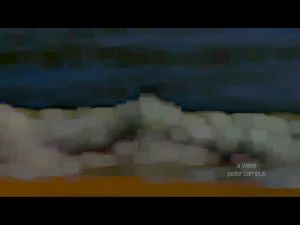