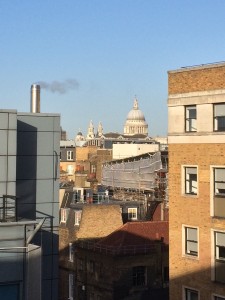 St. Paul’s Cathedral from Borough (HT: WP).
I was reminded of Thomas Jones’ Houses in Naples (about 1782, now in the National Museum of Wales): 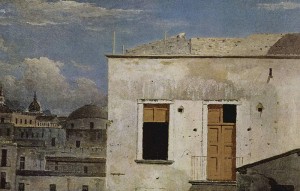 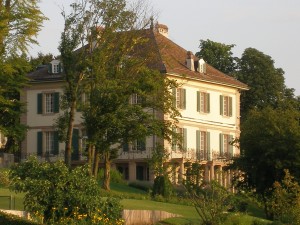 In his personal memoir, Dance of a Fallen Monk, George Fowler describes a person he met when a late teenager who had an enormous influence on his personal development and his life. This person, whom Fowler calls Adeodatus Nikos, is a young man, not much older than Fowler, who was immensely well-read, particularly in matters spiritual and religious. Nikos is an engineer assigned to work for several months in the boondocks town in Montana where Fowler is at school, and they quickly become fast friends. Fowler is devastated when his older friend is killed in a car accident soon after leaving the town.
Interested to know more, I searched on Nikos’ name but found nada. I soon realised his name may be a pseudonym, particularly as Adeodatus could be translated as “Gift of God”. Fowler says the death happened in June 1946. There were 683 recorded deaths in Montana in 1946, of whom just 4 were of people born between 1918-1922 (inclusive). The most likely candidate is perhaps Pedro Santos, aged 25 when he died on 25 June 1946; Santos may have been from the Philippines. The name “Pedro Santos”, of course, would translate as “Saint Peter”.  Fowler says that Nikos had two older twin brothers, both of whom were already married when Fowler met Nikos.
Meanwhile, I recalled that John Milton’s close teenage friend was named Charles Diodati (c.1608-1638), which surname also translates as “Gift of God”.  Diodati also died young, when Milton was traveling abroad. Upon learning of his friend’s death from Diodati’s uncle in Geneva, Milton wrote a lament, Epitaphium Damonis, published in 1645. I wonder if Fowler knew about Diodati when he came to write about his own friend.
The image shows Villa Diodati on Lake Geneva, built originally for a relative of Charles Diodati. Byron and friends rented this house in the summer of 1816.

People who have passed on during 2015, whose life or works have influenced me:

Bella Subbotovskaya (1938-1982) was a Russian mathematician who founded an underground university in Moscow to teach mathematics to students, particularly but not only Jewish students, excluded from education by the anti-Semitic policies of Moscow State University and other institutions of higher learning. The unpaid lecturers in this underground university were both Jewish and non-Jewish. The activity came to be called the Jewish People’s University and operated, against strong KGB harassment, from 1978 to 1983. Her death was due to a suspicious car accident that may well have been a KGB assassination.
I never cease to be amazed at the stupidity of racism. Even in an allegedly rationalist state such as the late USSR, the authorities deemed it desirable to exclude the best students from university on the basis of their ethnicity or religion.
Reference: