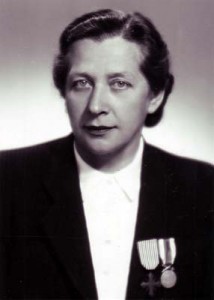 Czechoslovakians have reason to resent their betrayal by Britain and France at Munich in 1938.  They were betrayed again, by the same nations, when Hitler’s invasion in March 1939 was not immediately resisted by the western allies.  Reading a fine new book by Igor Lukes, it seems these betrayals continued through the post-war period.  Here were three:

Prague was liberated by the Red Army in May 1945.  It could easily have been liberated by US forces, which were closer than Soviet troops, but allied forces were stayed.  Against the advice of the US State Department and the British Government, General Eisenhower, Supreme Allied Commander in Europe, declined to liberate Prague, halting allied troops in Pilsen, western Bohemia.    Stalin, who had threatened dark consequences if allied forces advanced first on Prague, found that bellicosity achieved desired ends, a lesson the Soviets would take to heart.

Prior to Yalta, FDR had appointed Laurence Steinhardt (1892-1950) as ambassador to Czechoslovakia.   Steinhardt took months to arrive in Prague, and spent enourmous time out of the country:  From January 1947 to February 1948, he was away from his post some 200 days (Lukes 2013, page 182).  Most of this time, and even for much of the time he was in Prague, he was busy with his corporate law practice in New York, a business he continued all the time he was employed to represent the USA.  He also ignored many conflicts of interest as people and companies with Czech or Slovak connections used his paid legal counsel while he was Ambassador (!) to seek compensation or redress for various policy actions of the Nazi-era and post-war governments.   Steinhardt was rich and socially well connected, and mixed exclusively in similar circles on his apparently rare visits to Prague.  Despite having a good analytical mind, and despite knowing Stalinism well at first hand (having earlier been US ambassador to the USSR), he was singularly ill-informed about events on the ground in Czechoslovakia.   He was consistently and persistently optimistic in his reports back to Washington about the prospects for democracy against the ruthless thugs of the Communist Party of Czechoslovakia (Komunistická strana Ceskoslovenska, KSC), and their Soviet masters.

The US mission to Prague included intelligence-gathering agents and groups of various stripes, some of whom were employed by the US Military Mission.  These groups were apparently infiltrated by Czech and Soviet double agents.  (Some, of course, may have been triple agents – really, at heart, working for the US – but likely not all were.)  They were also spied on by all manner of local employees, contacts and passers-by.   Whether or not the US civilian or military employees were working for the other side, most were incompetent and negligent to the point of malfeasance.   As just one of many tragic examples, the key building occupied by the Military Mission had no late-night access, except through a police-station next door.  Late visitors to the mission were thus readily monitored by the Czech secret police, the StB.   Lukes’ book reads, at times, like farce – OSS and CIA meet the Keystone Cops.

Even after the boost given to the KSC by the presence of the Red Army in Prague in 1945, the coup in February 1948 that took Czechoslovakia from a semi-free country to a police state was not ever inevitable.  The malfeasance and incompetence of US military and embassy officials helped make it so.

Not everyone in the KSC was craven or a thug; the party also included some heroes.

The photo shows Milada Horáková (1901-1950), brave Czech politician and social democrat, imprisoned by the Nazis and then again by the Communists.  After a show-trial alleging treason, she was executed by Gottwald’s regime on 27 June 1950.  Now in the Czech Republic, this date is an official day of commemoration for the Victims of Communism.