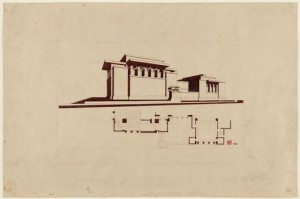 The election of Senator Barack Obama as President of the USA has brought to the fore his adopted home-town, Chicago, now reinforced by his selection of Chicago-based Congressman Rahm Emanuel as his White House Chief-of-Staff.   Chicago, hog-butcher to the world, was known first in the 19th-century for its dominance of the meat industry, and then its dominance of the markets for other agricultural commodities.  In the 20th century this led to dominance of the financial markets where such commodities, and later more sophisticated financial products, were traded.  With all this money, it is not surprising that the world’s first modern skyscrapers were built there too.
But Chicago has also been a centre for business consulting – for example, via Arthur Anderson (founded Chicago, 1913), and its spin-off Anderson Consulting (now Accenture) – and a centre for marketing research and marketing data analysis.   That particular thread includes AC Nielsen (founded Chicago, 1923) and Information Resources, Inc. (IRI, founded Chicago, 1977).   The three founders of IRI, John Malec, Gerald Eskin and William Walter, sought to take advantage of newly-deployed supermarket scanners to analyse tactical marketing data for fmcg products.   (Modern supermarket scanners began operations in the US from June 1974.)
But there is an earlier fibre to this thread:  Before the invention of the electronic computer, Chicago was also a centre of manufacturing of adding machines.  Data, and its analysis – practical, no-nonsense, mid-western, even – has been a key Chicago strength.
Reference:
Peggy A. Kidwell [2001]: Yours for Improvement – The adding machines of Chicago, 1884-1930.  IEEE Annals of the History of Computing, 23 (3):  3 – 21.  July 2001.

0 Responses to “Chicago – this is your moment, too”