The recent death of Yuri Nosenko allows me to continue an intelligence arc in these posts.  What is the connection to marketing, I hear you cry!  Well, marketing is about the organized creation and management of perceptions, which could also be a definition of secret intelligence activities.  In any case, the two disciplines have many overlaps, including some coincident goals and some similar methods, which I intend to explore on this blog. 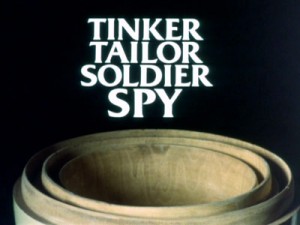 First, let us focus on Nosenko.   He presented himself in Geneva in 1961 to CIA as an agent of KGB willing to spy for the Americans, and then defected to the USA in 1964.  Among other information, he came bearing a firm denial that the USSR had had anything to do with the assassination of John F. Kennedy in November 1963.   JFK’s alleged assassin, Lee Harvey Oswald, was, after all, one of the very few (perhaps under 1000) people who had defected from the USA to the USSR between 1945 and 1963, and one of the even fewer (perhaps under 50) people who had defected back again.  Nosenko claimed to have read Oswald’s KGB file.
From the start, lots of doubts arose regarding Nosenko’s testimony.   He did not seem to know his way around KGB headquarters, his testimony contradicted other information which CIA knew, there were  internal inconsistencies in his story, and he cast serious aspersions on an earlier defector from KGB to CIA, claiming him to be a KGB plant.   Was Nosenko, then, a KGB plant or was he the genuine defector?   Within CIA the battle waged throughout the 1960s, with first the sceptics of Nosenko and then subsequently the believers in his bona fides holding sway.  Chief among the sceptics was James J. Angleton, who came to see conspiracies everywhere, and who was eventually fired from CIA for his paranoia.   (Robert De Niro’s film “The Good Shepherd”  is based on the life of Angleton, with Matt Damon taking this part, and features a character based on Nosenko.)  Finally, CIA decided officially to believe Nosenko, and he was placed in a protection programme.  He was even asked to give lectures to new CIA recruits on the practices of KGB, such was his apparent acceptance by the organization.
This final position so angered one of the protagonists, Tennent Bagley, that, 40 years later, he has written a book arguing the case for Nosenko being a KGB plant who duped CIA.   The book is very compelling, and I find myself very much inclined to the sceptic case.   However, one last mirror is missing from Bagley’s hall.   What if the top-most levels of CIA really did doubt that Nosenko was genuine?    Would it not be better for CIA to not let KGB know this?  In other words, if your enemy tries to dupe you, and you realise that this is what they are trying to do, is it not generally better to let them think they have succeeded, if you can?    Certainly, more information (about their methods and plans, about their agents, about their knowledge) may potentially be gained from them if you manage to convince them that they have indeed duped you.  All you lose is – perhaps – some pride.  Pretending to be duped by Soviet intelligence is perhaps what Britain’s MI6 did regarding Kim Philby, Donald Maclean and Guy Burgess:  it is possible that MI6 knew many years before their defections that these men were working for the Soviets, and used them in that period as conduits for messages to Moscow.
In the case of Nosenko the dupe arrived bearing a message about the JFK assassination.   For many and various reasons (not all of them necessarily conspiratorial), CIA may have been keen to accept the proposition that KGB were not involved in JFK’s assassination.   How do you convince KGB that you believe this particular message if you don’t believe the messenger is genuine?   So, also for pragmatic reasons, the top levels of CIA may have decided to act in a way which would lead (they hoped) to KGB thinking that the KGB’s ruse had worked.
How then to convince KGB that their plant, Nosenko, was believed by CIA to be for real?  Simply accepting him as such would be too obvious – even KGB would know that his story had holes and would not believe that a quick acceptance by CIA was genuine.   Better, rather, for CIA to argue internally, at length and in detail, back-and-forth-and-forth-and-back, about the question, and then, finally, in great pain and after much disruption, decide to believe in the defector.   Bagley either does not understand this last mirror (something I sincerely doubt, since his book evidences a fine mind and very keen understanding of perception management), or else perhaps his book is itself part of a plan to convince KGB that Nosenko was fully believed by CIA.

0 Responses to “Perceptions and counter-perceptions”