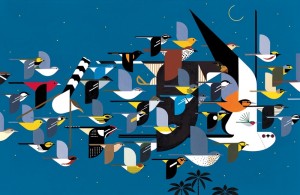 In late 2014, the first edition of DevCon (labelled DevCon0, in computing fashion), the Ethereum developers conference held in Berlin had a dozen or so participants.  A year later, several hundred people attended DevCon1 in the City of London.  The participants were a mix of pony-tailed hacker libertarians and besuited, besotted bankers, and I happened to speak at the event.  Since New Year, I have participated in a round-table discussion on technology and entrepreneurship with a Deputy Prime Minister of Singapore, previewed a smart contracts project undertaken by a prominent former member of Anonymous, briefed a senior business journalist on the coming revolution in financial and regulatory technology, and presented to 120 people at a legal breakfast on distributed ledgers and blockchains. That audience was, as it happens, the quietest and most attentive I have ever encountered.
For only the second time in my adult life, we are experiencing a great dramatic sea-change in technology infrastructure, and this period feels exactly like the early days of the Web.  In 1994-1997, every corporation and their sister was intent on getting online, but most  did not know how, and skills were scarce.  Great fortunes were to be made in clicks and mortar:  IBM took out full-page ads in the WSJ offering to put your company online in only 3 months and for just $1 million!  Today, sisters are urging investment in blockchains, and as much as $1 billion of venture funding went to blockchain and Bitcoin startups in 2015 alone.
The Web revolution helped make manifest the Information Society, by putting information online and making it easily accessible.  But, as I have argued before, most real work uses information but is not about information per se.  Rather, real work is about doing stuff, getting things done, and getting them done with, by, and through other people or organizations. Exchanges, promises, and commitments are as important as facts in such a world.  The blockchain revolution will manifest the Joint-Action Society, by putting transactions and commitments online in a way that is effectively unrevokable and unrepudiable.  The leaders of this revolution are likely to arise from banking and finance and insurance, since those sectors are where the applications are most compelling and the business needs most pressing. So expect this revolution to be led not from Silicon Valley, but from within the citadels of global banking: New York and London, Paris and Frankfurt, and perhaps Tokyo and Singapore.

0 Responses to “Blockchains are the new black!”