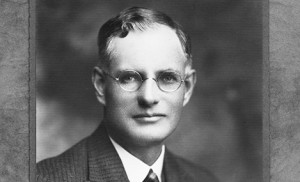 For some years starting in 1970, the Australian National University in Canberra hosted a public lecture series named for war-time Labor Prime Minister, John Curtin. As the list of eminent speakers below indicates, this lecture series honoured Curtin and the labour movement. In 1979, the chosen speaker was the prominent right-wing journalist, Alan Reid. Although he had known Curtin and Curtin’s successor as PM, Ben Chifley, Reid had worked as a journalist in the Packer stable, had played a part in the Labor split in the 1950s, had privately advised Menzies and Holt, and had deplored the Whitlam government.  Even Liberal PM John Gorton thought Reid despicable, famously saying once that while he, Gorton, had been born a bastard, Reid had become one through his own efforts.   Reid was an entirely inappropriate person to give a lecture in a series honouring Curtin.

Between the announcement of Reid as speaker and his lecture, a fellow ANU student and I sought to express our intense disapproval of his invitation. With some effort, we found out who had selected Reid.   To our surprise it was not the decision of an august panel or wise committee, but rather that of one man, the Head of the ANU Research School of Social Sciences.  We made an appointment to see him and did so.  He was Professor Alexander Youngson, an economic historian and former Vice-Principal of the University of Edinburgh.  We brought with us the names of 16 other potential speakers, including politicians, judges, academics, and journalists, all prominent and each more fitting than Reid.  While very courteous to us, it was clear he was brooking no dissent, and certainly not from mere students.  It was also clear he knew not the first thing about the history of the Australian labour movement, nor that of the Labor Party.   So perhaps the selection of a speaker who had been expelled from the ALP was due to naïveté, rather than ideological malfeasance (undermining a labour lecture series by having an overtly anti-labour person speak in it).  Either way it was still a mistake.  We got neither admission of error nor expression of regret.

Youngson died in 2004, and was important enough in Scottish national life to have received obituaries in national British newspapers. This post is intended to ensure accuracy of the historical record.  Youngson’s selection of Reid was an error of judgment which dishonoured Curtin, and which did not go uncontested at the time.