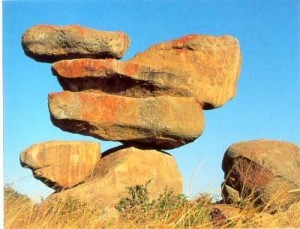 Robert Mugabe is a superb public speaker.  I have been fortunate to hear him speak in public many times, from large ceremonial public addresses on state and official occasions, to speeches at ZANU-PF political rallies (ranging from a few hundred to several scores of thousands of people at Rufaro Stadium, and with both sophisticated urban and traditional rural participants), to addresses to foreign investors and business leaders, to quiet, grave-side orations at funerals of mutual friends.  And I have expressed before my admiration for his rhetorical skills, his superb command of different registers, his intelligence, his Jesuit-trained casuistry, and his guile.  I have never met him, but from accounts of people who have, he can also be very charming when he wishes. 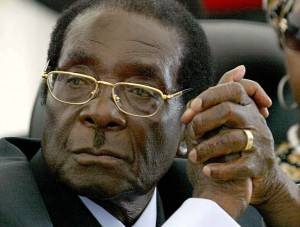 Despite claims by some that he has become diminished with age, and even falls asleep during official meetings, the opposition ministers in his Cohabitation Government say that he is just as charming, intelligent, and wily as ever.  From a  report this week in the Guardian:

Welshman Ncube, Zimbabwe’s Minister of Commerce and Industry and leader of one of the factions of the Movement for Democratic Change (MDC), lost his grandfather in the 1980s Gukurahundi. The Gukurahundi was a violent campaign in which thousands of opposition Zimbabwe African Peoples Union (Zapu) party supporters were killed and beaten by a brigade owing allegiance to President Robert Mugabe’s government.
Ncube shares his experience working with Mugabe in a unity government since 2009: “Ninety percent of the time, I cannot recognise the Mugabe I sit with in cabinet with the Mugabe who has ruled this country through violence. He shows real concern for his country and people, like a father. And he can master detail over a wide range of government matters. If I had only this experience with Mugabe in government and had not lived through the Gukurahundi and seen him denouncing Zapu with anger and belief on television, and you told me he carried out the Gukurahundi, I would say ‘no, not this man, he is not capable of it’. But I saw him.”
Another MDC minister, Priscilla Misihairabwi-Mushonga, also struggles to reconcile the man she thought Mugabe was, before entering government, with the one she knows today. “I did not think Mugabe believed in things. Now I know that Mugabe actually believes in things, ideologically, like that the British are after regime change in Zimbabwe. When he believes in something he will genuinely defend it. If he believes in an action, no matter how wrong it is, he will not apologise. That is one hallmark of Mugabe. He is loyal to his beliefs.”
On Mugabe’s personality, Misihairabwi-Mushonga says that she had not known that he was “a serious charmer around women. A very, very, very good charmer . . .  He also has an exceptional sense of humour. You literally are in stitches throughout cabinet. But he also has an intellectual arrogance. If you do not strike him as someone intelligent he has no time for you. There are certain people who, when they speak in cabinet, he sits up and listens, and others who, when they speak, he pretends to be asleep.”
Nelson Chamisa, the MDC Minister of Information and Communication Technology, once thought Mugabe was “unbalanced”, but adds: “sitting in cabinet with him, I admire his intellect. He has dexterity of encyclopaedic proportions. He is bad leader but a gifted politician. Why do I say he is a gifted politician? He has the ability to manage political emotions and intentions. But leadership is a different thing. The best form of leadership is to create other leaders who can come reproduce your vision after you. Mugabe has not done that.” 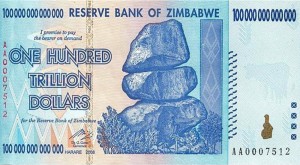 I add a note to clarify this post:  None of the above should be seen as an endorsement of Mugabe’s policies, many of which have been motivated by malfeasance, peculation, and plain, old-fashioned, evil.  Unfortunately, his administration, unlike many in Africa, has been overwhelmingly competent, with even the policy of hyperinflation aimed – deliberately and very successfully – at enriching a few thousand people having foreign currency holdings at the expense of every other Zimbabwean.   The pinnacle of this deadly-effective malevolence has been the enrichment of the political and military elite by use of the state’s military forces to operate protection rackets in foreign countries  – eg, in the Democratic Republic of the Congo, with whom Zimbabwe shares no border nor any strategic interest.