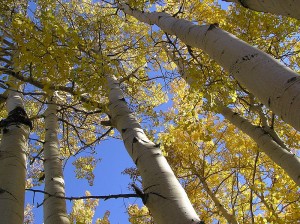 Brian Arthur has an article about automated and intelligent machine-to-machine communications creating a second digital economy underlying the first physical one, in the latest issue of The McKinsey Quarterly here.

I want to argue that something deep is going on with information technology, something that goes well beyond the use of computers, social media, and commerce on the Internet. Business processes that once took place among human beings are now being executed electronically. They are taking place in an unseen domain that is strictly digital. On the surface, this shift doesn’t seem particularly consequential—it’s almost something we take for granted. But I believe it is causing a revolution no less important and dramatic than that of the railroads. It is quietly creating a second economy, a digital one.
. . . .
We do have sophisticated machines, but in the place of personal automation (robots) we have a collective automation. Underneath the physical economy, with its physical people and physical tasks, lies a second economy that is automatic and neurally intelligent, with no upper limit to its buildout. The prosperity we enjoy and the difficulties with jobs would not have surprised Keynes, but the means of achieving that prosperity would have.
This second economy that is silently forming—vast, interconnected, and extraordinarily productive—is creating for us a new economic world. How we will fare in this world, how we will adapt to it, how we will profit from it and share its benefits, is very much up to us.”