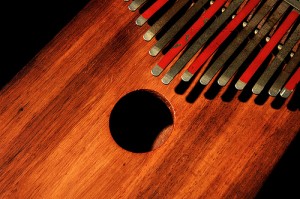 What is music for?  What purposes do its performers achieve, or intend to achieve?  What purposes do its listeners use it for?  Why do composers or song-writers write it?
These seem to me fundamental questions in any discussion about (say) the public funding of music performances and music education, or (say) the apparent lack of knowledge that some people in Britain have about some types of music, or (say) how to increase audiences for particular types of music.   But no-one seems to debate these questions, or even to raise them.  As a result, there seems to be little awareness that aims and purposes may vary, both across cultures, and over time.   (I am reminded of Alfred Gell’s anthropological theory of art which understands art as the creation of objects liable to be perceived by their audience as objects with intentionality, that is, objects carrying some purpose.)

The philosopher John Austin once said that every science begins with a classification.  In that spirit, I have tried to list some purposes and functions which I have understood to be intended for music by composers, performers and/or listeners (in no particular order):

These goals may overlap.  For instance, music may entertain by providing an opportunity for musical thinking.  For musics such as modern jazz improv or classical Indian ragas, the composers, performers or listeners may gain considerable pleasure from the thinking they undertake in order to write, to perform, or to listen to the music.  A listener to music may gain intellectual pleasure by discerning and re-creating the thinking that the composer undertook when writing a piece, or that was undertaken by a performer engaged in an improvisation.  Such pleasure at thinking, in my experience, is similar to the pleasures which people gain by doing crosswords or doing Sudoku puzzles; it may also be a form of mathmind.   This is (writing, performing or hearing) music as thinking, in exactly the same way that drawing is a form of thinking.   As with drawing, the cognitive abilities required to think via music, especially on the fly, should not be underestimated.

0 Responses to “What is music for?”