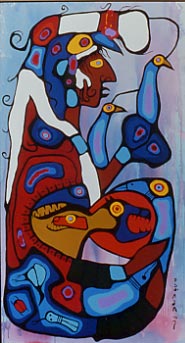 Philosopher Gary Gutting attacks the logic of the argument of Richard Dawkins for atheism, here.   Gutting formulates Dawkins’ main argument for atheism as the following chain of reasoning:

Gutting argues that Claim #7 does not following from Propositions #1 through #6.  But this stated chain of reasoning falls well before reaching claim #7.  Claim #3 does not follow from Claims #1 and #2.    Complex phenomena may emerge from simpler components, as is seen (for example) in the apparently-coordinated, but actually-uncoordinated, behaviours of insects and (simple-rule-following, non-communicating) swarm robots, or in the patterns that emerge in some cellular automata, as in John Conway’s Game of Life.  One could easily imagine a creator who established some simple ground-rules (eg, the laws of thermodynamics and the rules of biological evolution) and a starting position for the universe (eg, the Big Bang), and just let the process evolve or adapt over the course of time, without further divine intervention, subject only to the given rules.  Such a creator need not, Him-, Her- or It-self, be very complex at all, and certainly could be less complex than the universe that resulted in the fullness of time.
This phenomenon is known to most software engineers working on large systems, writing software that exhibits behaviours more complex than they are able to explain or understand subsequently, and even more complex than they intended to create.  The recent Flash Crash of stock prices on 6 May 2010 may be the result of such emergent complexity, unintended (and as yet unexplained) by the system designers, programmers and financial market regulators who operate the world’s stock markets.   Even common computer operating systems are beyond the ability of one person to entirely comprehend, let alone design:  Windows XP has an estimated 40 million source lines of code (SLOC), for example, while Debian 4.0 has an estimated 283 million SLOC.   These are among the most complex human artefacts yet created.  Indeed, the phenomenon is so prevalent in software development that the British Government sponsored research into the topic (see, for example, Bullock and Cliff  2004).
It also seems to me that Claim #4 needs some justification, since it is not obviously true.   Most scientists, for instance, seem perfectly happy accepting certain claims as not requiring any explanation or even any inquiry.  These claims differ from one discipline to another, and typically change over time.  Moreover, uncontested claims in one discipline often form the basis, when contested, of another discipline:  marketing, for example, starts from the contestation of  the foundational notions of commodities, of perfect competition, and of infinite consumer mental processing capabilities that remain uncontested (at least until recently) in mainstream economics; computer science, in another example, contests the assumption of the existence of non-constructive entities taken for granted in mainstream (non-intuitionistic) pure mathematics; parts of the study of uncertainty in artificial intelligence contest the Law of Excluded Middle taken for granted in probability theory and in mathematical statistics.
Gutting also criticises Dawkins for the lack of sophistication of his philosophical arguments:

Religious believers often accuse argumentative atheists such as Dawkins of being excessively rationalistic, demanding standards of logical and evidential rigor that aren’t appropriate in matters of faith. My criticism is just the opposite. Dawkins does not meet the standards of rationality that a topic as important as religion requires.
The basic problem is that meeting such standards requires coming to terms with the best available analyses and arguments. This need not mean being capable of contributing to the cutting-edge discussions of contemporary philosophers, but it does require following these discussions and applying them to one’s own intellectual problems. Dawkins simply does not do this. He rightly criticizes religious critics of evolution for not being adequately informed about the science they are calling into question. But the same criticism applies to his own treatment of philosophical issues.”

I am reminded of Terry Eagleton’s criticism that Dawkins had read insufficient theology, in this spirited review of Dawkins’ book.  Eagleton begins:

Imagine someone holding forth on biology whose only knowledge of the subject is the Book of British Birds, and you have a rough idea of what it feels like to read Richard Dawkins on theology.

Finally, Gutting repeats something mentioned before on this blog:

There are sensible people who report having had some kind of direct awareness of a divine being . . “

If we broadened this group of people to “sensible people who report some kind of direct awareness of non-material realms and divine entities”, then, inter alia, the majority of African, Indian and Chinese people and the first peoples of North America and Australia would fall in this category.
References:
Seth Bullock and Dave Cliff [2004]: Complexity and Emergent Behaviour in Information and Communications Systems.  Report for the UK Foresight Programme on Intelligent Infrastructure Systems, Office of Science and Technology, Government of the UK.  Available here.   Programme Information here.
Richard Dawkins [2006]: The God Delusion.  Bantam Press.
Terry Eagleton [2006]: Lunging, flailing, mispunching.   London Review of Books, 28 (20):  32-34.  2006-10-19.
Gary Gutting [2010]:  On Dawkins’s atheism:  a response.  New York Times, 2010-08-11.

0 Responses to “Need God be complex?”