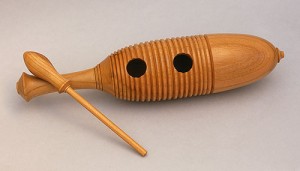 I was thinking recently about concert performances I have attended where the composer was present, or rather, where I knew the composer to be present.  Here is my list, as best I remember it:

Of course, my presence at a performance does not constitute an endorsement of the music performed:  some of the music of these composers I like or appreciate very much, and some I think is unpleasant, boring or otherwise of low quality.   Although I generally prefer downtown and minimalist music, the music of the composers listed here also includes neo-romanticism (eg, Holloway, late Sculthorpe), abstract expressionism (eg, Penberthy, early Sculthorpe, Takemitsu), and uptown complexity (eg, Boulez, Muhly, Xenakis).  And, I have not included in this list jazz performers, who almost always play some of their own compositions.
For Peter Sculthorpe, one occasion (of several where we have both been present) was a performance in January 1975 near Patonga, Broken Bay, Sydney, of his profound and achingly-beautiful Sun Music III, in which I had the great good fortune, as second percussionist, to play the guiro (pictured).    One has to wonder how the same person could compose the innovative Sun Music series of the 1960s and also the derivative, warmed-over, late-romantic tosh that Sculthorpe has written in recent years.  Bill Burroughs would have seen it as a clear case of spirit possession.
POSTSCRIPT (2014-01-11):  New Zealander Alannah Currie, of The Thompson Twins, plays a guiro in their hit Hold Me Now (1983).  See video here.