The Anglo-American philosopher, Stephen Toulmin, has just died, aged 87.   One of the areas to which he made major contributions was argumentation, the theory of argument, and his work found and finds application not only in philosophy but in computer science.
For instance, under the direction of John Fox, the Advanced Computation Laboratory at Europe’s largest medical research charity, Cancer Research UK (formerly, the Imperial Cancer Research Fund) applied Toulmin’s model of argument in computer systems they built and deployed in the 1990s to handle conflicting arguments in some domain.  An example was a system for advising medical practitioners with the arguments for and against prescribing a particular drug to a patient with a particular medical history and disease presentation.  One company commercializing these ideas in medicine is Infermed.    Other applications include the automated prediction of chemical properties such as toxicity (see for example, the work of Lhasa Ltd), and dynamic optimization of extraction processes in mining. 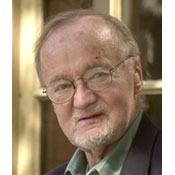 For me, Toulmin’s most influential work was was his book Cosmopolis, which identified and deconstructed the main biases evident in contemporary western culture since the work of Descartes:

Formal logic as a theory of human reasoning can be seen as example of these biases at work. In contrast, argumentation theory attempts to reclaim the theory of reasoning from formal logic with an approach able to deal with conflicts and gaps, and with special cases, and less subject to such biases.    Norm’s dispute with Larry Teabag is a recent example of resistance to the puritanical, Descartian desire to impose abstract formalisms onto practical reasoning quite contrary to local and particular sense.
Another instance of Descartian autism is the widespread deletion of economic history from graduate programs in economics and the associated privileging of deductive reasoning in abstract mathematical models over other forms of argument (eg, narrative accounts, laboratory and field experiments, field samples and surveys, computer simulation, etc) in economic theory.  One consequence of this autism is the Great Moral Failure of Macroeconomics in the Great World Recession of 2008-onwards.
References:
S. E. Toulmin [1958]:  The Uses of Argument.  Cambridge, UK: Cambridge University Press.
S. E. Toulmin [1990]: Cosmopolis:  The Hidden Agenda of Modernity.  Chicago, IL, USA: University of Chicago Press.