Scientists at the University of Florida have discovered what is known to every Australian schoolchild: that some birds can recognize humans who have threatened them in the past, and that they bear grudges.  For the scientists, it was mockingbirds, but for Aussie kids, it’s magpies, who can attack people viciously when there are young birds in their nest.  But not everyone is attacked, which suggests that magpies can distinguish and recognize people. 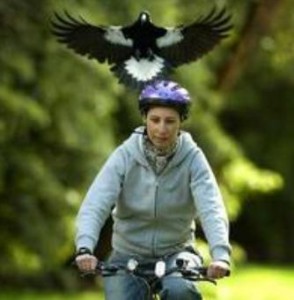 0 Responses to “The birds”