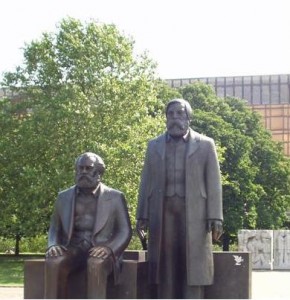 If you were aiming to model global, 21st-century capitalism, the obvious place to start would not be with a model of the firm based on mid-Victorian Lancashire textile manufacturing companies.   Firstly, the textile industry developed in Lancashire in the 18th century because only here (and almost nowhere else) was the climate sufficiently conducive for the then leading-edge technology to operate successfully.  (The air needed sufficient dampness, but not heat, for the cotton fibres not to be broken by the early textile machines.)   Technology in most industries has progressed so much in the two centuries since that very few industries are now tied to specific climates.     So industries are mostly not tied to place any more.
Secondly, large swathes of  work – even most work undertaken in companies described as manufacturers – is not anything a Victorian economist would recognize as manufacturing.  Rather it would be better described as symbol analysis and manipulation.  A relative of mine recently embarked on training as a surface-materials mixer for a road-building company – a great job, all done inside in an airconditioned office, mixing different ingredients and assessing the results, achieved by moving graphic objects around on a computer screen.  Of course, some person still has to be outside moving and switching on the automated machinery which actually lays the road surface once it has been created, so not every task is symbol processing.     But mixing is no longer done by eye, by a man using using a shovel in front of a furnace.  The relevant attribute of symbol manipulation – unlike, say the operation of a loom – is that this too is something no longer tied to place, thanks to our global telecommunications infrastructure and to digitisation.  Thus, the processing of US insurance claims can move from Hoboken, New Jersey, to Bangalore and Mauritius, and then maybe back again, if circumstances so dictate.
Thirdly, for companies whose sole business involves symbol manipulation – eg, banks, investment firms, graphics designers, media companies, software developers, consultancy companies, etc – the economics of traditional manufacturing industry no longer applies.  Information is a product whose value increases as more people use it, and whose marginal costs of production can decline to zero with multiple users.  It costs Microsoft  between US$1 and $2 billion to develop the first copy of each new generation of its Windows operating system, but less than $1 each for the second and subsequent copies;  the cost of producing these subsequent copies comprises only the cost of the media used to store the product (a DVD or a filestore).   (Of course, I am not including the cost of marketing and distribution in this statement of the cost of production.)  Similarly, a well-crafted, well-timed IPO and financial plan may raise (to cite the case of one IPO whose writing we led) US$5 billion on the world’s capital markets if successful, and nothing at all if less-well crafted or placed at a different time.  These information-economy attributes also apply to those parts of so-called manufacturing companies which undertake symbol manipulation:  the design team of Mazda cars for example, which relocated from Japan to the UK because London is a world-centre of art, design and marketing, or the 2-man in-house forex-trading desk which two decades ago first enriched and then almost bankrupted Australia’s largest defence electronics firm, AWA.
So, although I do not share the sentiment, I think it fine for someone to express a personal dislike of an alleged bonus culture in our banks and financial sector companies, as Alex Goodall has done.  But to argue against this feature of our modern world using a micro-economic model based on mid-Victorian manufacturing would seem inappropriate.   Much as I admire Karl Marx for his startling and still-interesting contributions to the 250-year-old conversation that is economic theory, for his insightful criticisms of the world he knew, and for his desire to make that world better for all, his model of the firm describes almost nothing about the world of 21st-century business that I know.