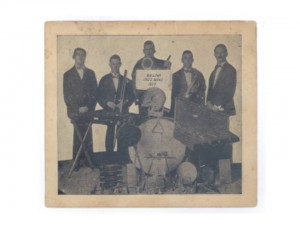 In my teens, I played the church organ for wedding ceremonies, receptions, etc.  For this I had the significant help of an elderly spinster lady, Miss Dorothy (“Dot”) Crowe, who also played the organ and piano.  She lent me music, gave me performance and business tips, referred clients on to me, and, at one point, advised me to increase my fees to increase my business.  My first of many experiences of the failure of mainstream economic theory was that demand for organ-playing services increased with price – the more I charged, the more business came my way.   I learnt that potential customers, who did not know one organist from another (even if they had heard them all play), used price to judge quality:  charging lower than my competitors, as I did initially, meant that I was assumed to be not as good or not as reliable an organist as they.   It was very nice of Dot Crowe, who was after all also a competitor, to tell me of this.
As far as I knew at the time, Miss Crowe, who was then aged somewhere between 60 and 75, had spent all her life quietly and staidly playing the church organ for local weddings.   Recently, however, I discovered that she had had an earlier career as a swing band pianist.   According to Col Stratford’s oral history of jazz on the Far North Coast of New South Wales, Australia (see reference below), by 1938 Dot Crowe was a band member of Aub Aumos’s band, The Nitelites (photo, page 47).   She later led her own band, Dot Crowe and the Arcadian Six.   I am stunned to learn this about her, and my admiration, which was already high, now reaches the skies.   I never knew she had had this experience when I knew her, and now, of course, it is too late to ask her about it.
The Far North Coast of New South Wales was an epicentre of early jazz in Australia, largely due to the energy and influence of one man:  David Samuel (aka “Kewpie”) Harris.  Kewpie Harris arrived in Ballina in 1919, aged 27, apparently selling suitcases.   He died, mostly forgotten, in Brisbane in 1981.   His nickname arose apparently because his youthful face was open and wide-eyed, like that of a Kewpie Doll. Harris had been born in Britain, and as a schoolboy was a chorister at St Paul’s and St. Stephen’s churches in London.   As a teenager, he was a member of the orchestra of Tom Worthington in their regular gig at the Holborn Restaurant, London.     For a time he worked in San Francisco, and also played in dance bands on the steamships of the Canadian Pacific Railway’s West Coast fleet.   By 1913,  he was in Australia and had formed a dance band in North Sydney, and played violin with symphony orchestras and ensembles in Sydney.  (As a violinist in Sydney before WW I, he presumably knew Alfred Hill, Australian composer and violinist, and, earlier, a player with the Leipzig Gewandhaus Orchestra.)  According to family lore, Harris learnt jazz from black American musicians he met on his travels.  Upon arrival in Ballina, Harris helped create the Ballina Jazz Band with several other players, including my grandfather and great-uncle. The original members of the band were:  Rex Gibson on piano, Harris on violin, saxes, and keyboard percussion (originally marimba and xylophone, and later vibes), Harry Holt on trombone, Charles McBurney on trumpet, and Tom McBurney on drums.   Harris then led jazz bands with regular gigs in Northern NSW till 1951, when he left to join the Sydney Symphony Orchestra.
Why was jazz so strong in that part of Australia?  Partly, perhaps, because Ballina, at the mouth of the Richmond River, was a major trading port – until rail replaced shipping as the main form of freight transport to and from the region, and within the region.  Ports have lots of visitors, interested in entertainment and with free time and cash.  Partly also, because the area hosted a US Air Force base during WW II (just down the coast, at Evans Head).  With the end of the war in the Pacific, and the arrival of television to Australia (in 1956), weekly dances declined in popularity, and no longer regularly attracted the hundreds or thousands that dances even at tiny river ports like Bungawalbyn and Woodburn once did.  Dance bands all but disappeared.   I guess that good, entrepreneurial jazz musicians were forced to join classical orchestras or to play Mendelssohn’s Wedding March for people with their minds on other things, and spend their evenings remembering what great fun they had once had, and given.
FOOTNOTE (added 2010-08-18): The Kewpie Harris Band is also mentioned in this history of Lismore’s Crethar’s Wonderbar, home of the world-famous Crethar hamburger.   A descendant of Harris’ band is the recently reformed Northern Rivers Big Band (for which, in its earlier incarnation, my father played). See here.
The photo shows the Ballina Jazz Band in 1919.  Players were (left to right):  Tom McBurney, Harry Holt, Kewpie Harris, Charles McBurney, and Rex Gibson.
References:
Julia Buchanan [1982]:  “Bandleader died a forgotten figure.”  The Northern Star. Lismore, NSW, Australia. 6 January 1982, page 50.
Interview with Tom McBurney [1977-01-11] in The Indonesian Observer, reported in Stratford [1990].
Colin Stratford [1990]:  From The Stage.  Lismore, NSW, Australia. ISBN:  0-9594070-2-2.

0 Responses to “A salute to Dot Crowe and Kewpie Harris”