To acknowledge the great political change of the past week and to commemorate Guy Fawkes, here is a poem by an English Catholic martyr about the seasons of fate. Robert Southwell (c. 1561 – 1595) was an English Jesuit from an aristocratic family, whose mother had been a friend of Queen Elizabeth I. He left England illegally to study for the priesthood and returned – again illegally – to live and minister in secret to England’s oppressed Catholic population.  He was captured, tortured by Elizabeth’s sadistic religious police, subjected to a show trial, and publicly executed.
Southwell was a poet of fine sensitivity, and drew on his Jesuit spiritual training to become the first English poet to develop personation (or subjectivity), a psychologically-real description of the interior self.   His distant cousin William Shakespeare was to adopt this idea in his plays, so that (for example) we learn about Hamlet’s internal mental deliberations, not only about his public actions and conversations.
Whig literary historians, intent on asserting a Protestant identity for all of English life and culture, have mostly written Southwell out of the story of English literature, despite his key influence on the religious poets of the next century, such as John Donne. Living underground and on the run, Southwell wrote poetry for a community unable to obtain prayer books or to easily hear preachers: poetry was thus a substitute for sermons and for personal counselling, and a form of prayer and spiritual meditation. His poetry is also strongly visual. 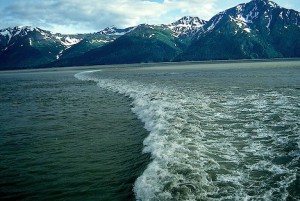 Times Go By Turns
The lopped tree in time may grow again
Most naked plants renew both fruit and flower
The sorriest weight may find release of pain
The driest soil suck in some moistening shower
Times go by turns and chances change by course
From foul to fair from better happ to worse
The sea of fortune does not ever flow
She draws her favours to the lowest ebb
Her tide has equal times to come and go
Her loom does weave the fine and coarsest web
No joy so great but runneth to an end
No happ so hard but may in fine amend.
Not always fall of leaf nor ever spring
No endless night yet not eternal day
The saddest birds a season find to sing
The roughest storm a calm may soon allay
Thus with succeeding turns god tempers all
That man may hope to rise yet fear to fall
A Chance may win that by mis-chance was lost
The net that holds no great takes little fish
In some things all, in all things none are crossed
Few all they need but none have all they wish
Unmeddled joys here to no man befall
Who least has some who most has never all.